The city is vibrant, full of ideas and sources of inspiration 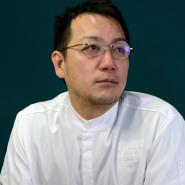 More than ten years ago, Yoji moved to Italy from Japan with a great desire to widen his horizons. In 2015, Yoji opened his own Michelin starred restaurant, Ristorante Tokuyoshi, in Milano. He loves to move around the city, looking for inspiration from designers and other colleagues.

He considers his Cuisine a Contaminated Italian Cuisine, blending the beloved Italian tradition with his Japanese heritage and his personal experiences.

"Milano is light and speed, a series of spotlights where you can always discover something new"

"Everything in Milano is very close and at hand"