A short story about Milano on the big screen

During these days when we are not free to walk through the streets of Milano, rediscovering the city through the films that have immortalized it is certainly a very good idea; it's not a chance that the theme of closeness is what perhaps best characterizes the relationship between the film industry and Milano. A never bulky, respectful, silent proximity. Milano is never as protagonist as the streets of Brooklyn, the bridges over the Seine or the millenary charm of Rome, but it can be close and real. It remains on the sidelines like a grandmother who, after spending the day preparing Christmas dinner, puts herself in the corner to enjoy her guests' sighs of pleasure. This discreet presence represents the ideal scenario to describe the current story.

One important example is the movie Romanzo Popolare - Folk Story by Mario Monicelli, shot in 1974, and interpreted by Ugo Tognazzi and Ornella Muti. The main character (Tognazzi - "Giulio" on the screen) suspects that his young wife (Ornella Muti - "Vincenzina") betrays him, and launches into a tragicomic tailing, culminating in a terrible figure with Groucho Marx fake glasses and moustaches. In that sequence you can recognize Cinque Giornate Square, no longer an exotic and perhaps non-existent "elsewhere", such as that of many film sets, but a place clearly familiar to anyone living or working in Milano.

Since the first appearances on the big screen, Milano has often acted as an ideal "set" for the preview of the main social changes that interested the entire country. Antonioni (Cronaca di un amore - Chronicle of a love; La notte - The night), Visconti (Rocco e i suoi fratelli - Rocco and his brothers), Olmi (Il posto - The place) and Petri (La classe operaia va in paradiso - The working class goes to heaven) told us the years after the war, those years that have seen the Lombardy Metropolis in the front row in the upheavals brought by the economic recovery. An industrious and changing Milano, made by the directors mentioned above in its most rigorous and determined capacity, sometimes cloaked in a fog that softens the impact, that leaves out the frills and goes straight to the point.

The spotlight of the "police genre"

During the 70s the police genre comes to the fore, and reaches its apex with the Italian noir par excellence, Milano calibro 9, where the symbols of urban growth (Pirelli skyline, Velasca Tower, Central Station, Branca Tower in Parco Sempione, Darsena) remain a brilliant set design, without ever taking the whole scene. Milano is also present in the cinematographic narration of the decades 80s and 90s, when economic well-being and political disengagement prepare the ground for the light comedies of the Vanzina Brothers & co. Just think about the mythical scene of Il ragazzo di campagna (1984 - The country boy) in which the main actor Renato Pozzetto arrives in Piazza San Babila with a tractor. Without forgetting Salvatores who, in Kamikazen – Ultima notte a Milano (Kamikazen – Last night in Milano, 1987), through the events of a group of aspiring comedians, stage a city slowed down by the summer heat and disillusioned with the defeat of its ideals.

Current news among the streets of Milano

In the 2000’s, the apparent moral and cultural vacuum that seems to suffocate the whole Country is represented on the big screen by some projects of strong impact. Fame chimica - Munchies (2003), by Bocola and Vari, narrates the days of a group of young people in the Barona district, touching the most up-to-date themes of integration and drugs. Lighter and self-ironic tones were painted in the "advertising" Milano described by Luca Lucini in the comedy L'uomo perfetto - The perfect man (2005). While in Happy Family by Salvatores (2010), filmed in a deserted middle-August Milano, a long black and white sequence hovering over the notes of a Chopin nocturne crosses the cult places of the city. More recently, Alessandro Redaelli with Funeralopolis - A suburban portrait (2017) paints the daily reality of two young disenchanted friends who share everything (home, rap, murales), but not the dreams - beacuse they haven't.

There wouldn’t be much to be happy about if there wasn’t cinema, because only cinema has the ability to carry us into a plot, make us forget our lives for a couple of hours, make us reflect on what is near but also far ("zooming" on what we are seeing, or listening), and sometimes - when it’s really worth it - never die in our memory. 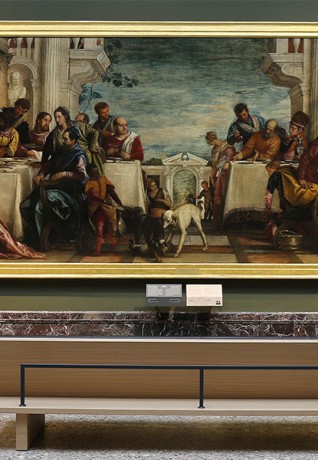 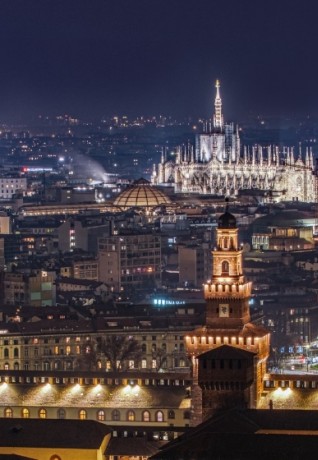 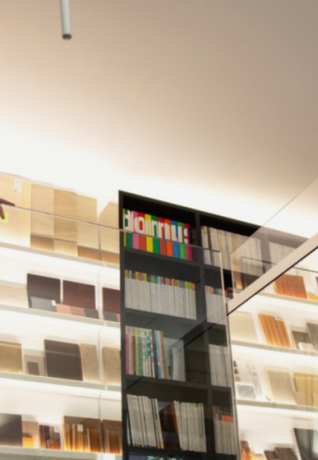 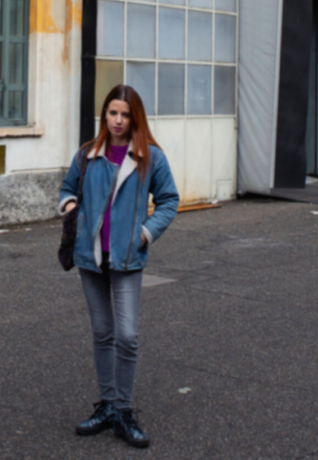 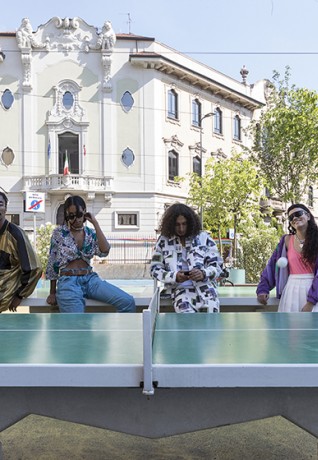 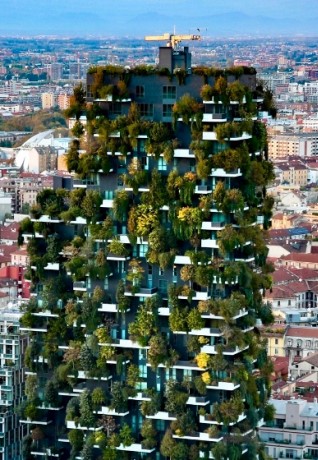 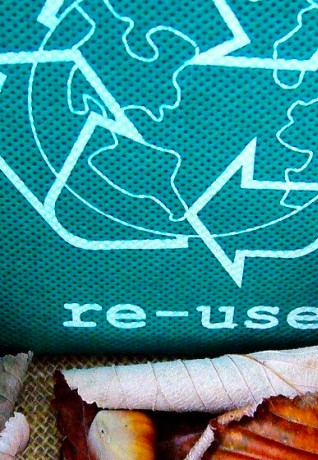 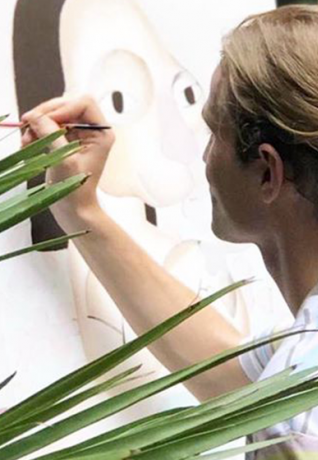 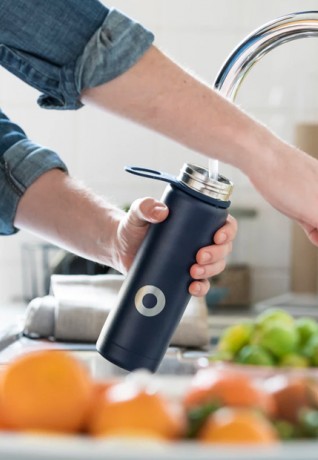 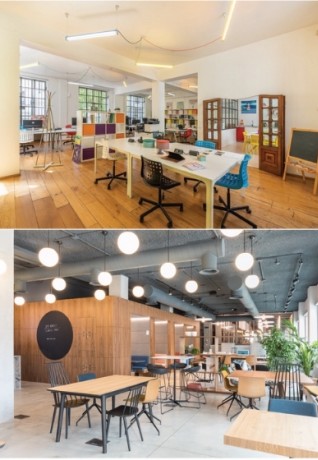 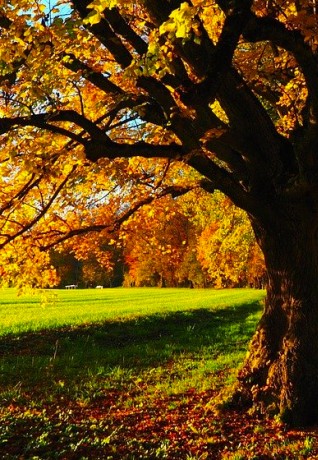 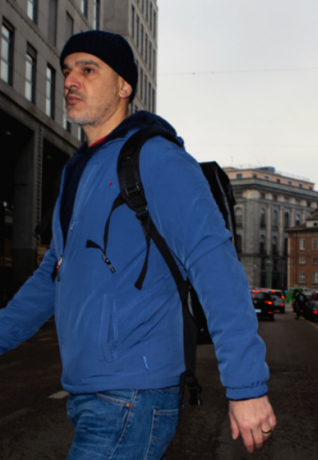 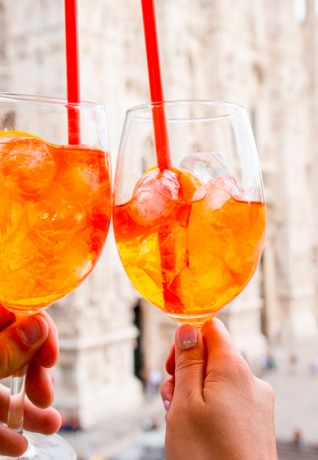 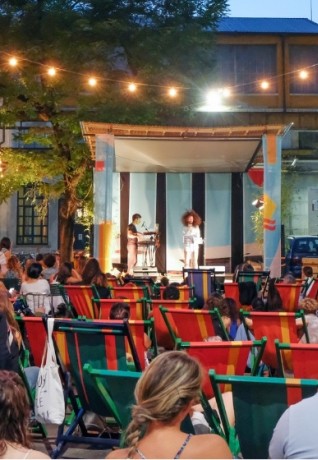 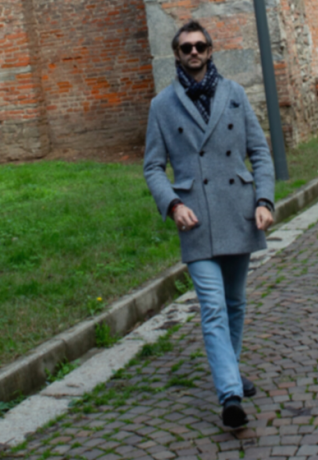