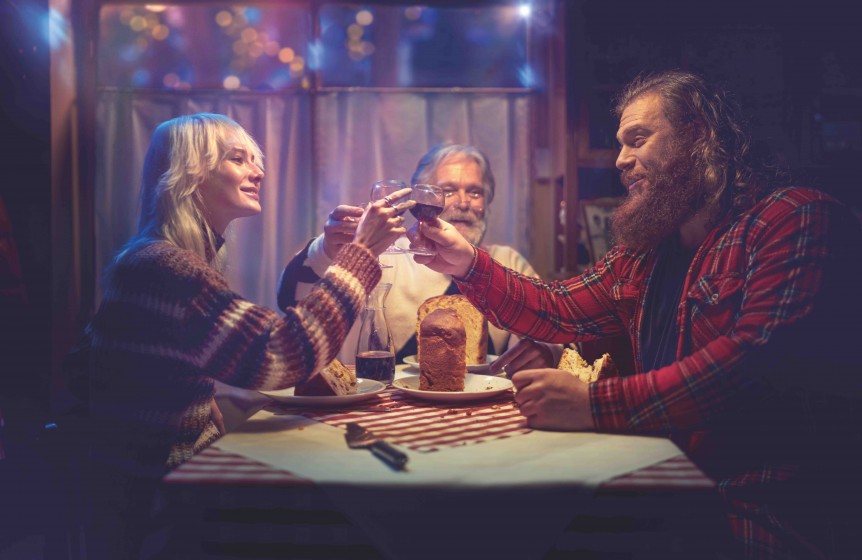 MILANO. IT CHANGES MORE THAN JUST YOUR LOOK.

tourism in collaboration with Wunderman Thompson

Milano, 15 December 2021 - A few days before Christmas, it’s time for Santa to get a makeover.

What better destination than Milano for Santa Claus to get a new look? Not only shopping awaits him, but a collection of unique experiences that the city offers which will leave their mark on a refreshed Santa Claus, never so ready for the night of Christmas.

The launch of the 90-second video on YesMilano digital channels, opens the latest campaign by Milano&Partners: “Milano. It changes more than just your look.”, which has been anticipated by Mayor Beppe Sala on his Instagram profile earlier today.

Through the campaign, Milano&Partners presents some of the distinctive elements of Milano’s positioning: a city that proposes itself, especially towards younger tourists, as a destination that offers unique access to the world of style and taste. Fashion and design accompany the visitor not only in shopping, but also in culture, gastronomy, nightlife, telling the tale of a city capable of perpetually reinventing itself. In the video, Santa Claus gets the opportunity to visit the oldest department store in the world, Galleria Vittorio Emanuele; admires the paintings of the Brera Art Museum and tastes a slice of panettone in a Milanese trattoria; dresses down to go nightclubbing and dresses up to attend an opera at La Scala Theater. The evening ends just in time for him to take a Milanese tram to the North Pole and do his job of delivering gifts to the kids of the world.

The video is created by Wunderman Thompson and is produced by Movie Magic, which confirms their commitment to the relaunch of the city, after having already signed the communication campaign “Milano is always the one, because it’s never the same” back in July 2020. Starting today, this large-scale online campaign will be pushed until the end of January in most EU countries on the main social platforms, completing the urban visibility campaign conducted on the billboards and audiovisual communication circuits of the city.

In spite of Europe being currently besieged by a resurgence of the pandemic, Milano and Lombardy are doing well, thanks to a very efficient vaccination campaign – vaccination rates nearing 90% of adults while inoculation campaign for kids 5-12 has just started and booster shots have already been delivered to 20% of the population in the Milano Metro Area – and rigorous health protocols that have kept stores, theaters and museums open. In fact, since December 6, new measures have been introduced to make sure that the country stays safe for tourism and business, including what the mainstream media call the “super green pass”, namely the fact that only green pass holders that are vaccinated or immune will be allowed access to theaters, museums, restaurants, stadiums and discos, while the basic green pass (which includes negative PCR and antigen swabs) is required for hotel and fairs and to board buses, trams, subways, trains and planes. Incoming visitors from abroad are required to fill the Passenger Locator Form and show a negative PCR test done in the previous 48 hours or a negative rapid antigen test done in the previous 24 hours.

Martina Riva, City of Milano Deputy for Sports, Tourism and Youth, says: “We want to tell people to spend Christmas in Milano with a fresh and innovative video, which we hope will literally go around the world and make our beautiful city known everywhere.

Milano always knows how to reinvent itself, especially now that we are restarting: the city gives you continuous stimuli, in any sphere and sector, and at Christmas in particular, Milano knows how to show the best it has.

So Merry Christmas to all the Milanese, but also to tourists and visitors, to those who have never come to Milano and to those who perhaps have already come for business and now intend to return to fully enjoy our city during the holidays".

"Christmas offers the opportunity to rediscover the points of excellence of our city - fashion, design, food, culture - foundational elements of a distinctively unique and recognizable tourist offer" says Elena Vasco, Secretary General of the Milano Monza Brianza Lodi Chamber of Commerce: "The campaign we are launching today fits, with creativity and flair, into the general promotion strategy to enhance the value of the Milano brand on international circuits, an objective that the Chamber of Commerce and the Municipality pursue in common with  targeted projects and actions, part of a broader relaunch effort to increase the city's attractiveness to the benefit of local firms and businesses".

Luca Martinazzoli, General Manager of Milano& Partners states that “We are extremely proud to support the restart of the entire tourism sector in the difficult situation it has been facing. This video caps a series of major initiatives for the promotion of the city, such as Fly to Milano, which are capable of making our city particularly attractive during the Christmas period”.

The video clip, directed by Alessandro De Leo and accompanied by the soundtrack composed for the occasion by Matteo De Marini and sung by the rapper Dunkan, wants to break with the stereotype according to which Milano is mainly a shopping destination and shows how the city has much more to offer. In fact, the video closes with the claim: Milano. Gives you more than what money can buy. A message to invite people to come here and take home with them all the experiences the city offers, especially at Christmas.

“Design, fashion, advertising… Milano has always given ample leeway to creativity. It is nice that today Wunderman Thompson returns the favor, supporting with their creativity the revival of tourism with a Christmas story designed especially for Milano, its beauty and its magic," says Lorenzo Crespi, Chief Creative Officer of Wunderman Thompson Italy.

Milano&Partners, in collaboration with SEA Milano Airports, Assolombarda, Confcommercio - Federalberghi, Confesercenti – ATR, and NEXI, the European PayTech, has also launched the Fly to Milano promotional campaign, which gives an extra night to visitors who arrive in Milano by plane and have a hotel reservation for at least two nights. The promotion started on December 1st and will last until March 31st 2022. It will allow holders of plane tickets to Malpensa or Linate who have booked at least two nights in one of the participating hotels, to extend their stay for one night for free. This applies to all air travelers who land in Milano, either from an Italian or an international airport. The initiative is sponsored by Federalberghi Milano. On YesMilano’s website you can find the list of participating hotels.

Materials and contents of the campaign “Milano. It changes more than just your look.”: https://www.yesmilano.it/media-hub-milano-natale-2021

For more details on the Fly to Milano promotion and view the list of participating hotels, visit: https://hotels.yesmilano.it/en/

Milano&Partners is the official promotion agency of the City of Milano.

It is an association founded by the Municipality of Milano and the Chamber of Commerce of Milano, Monza, Brianza, Lodi. It was created to activate partnerships and collaborations with local businesses, global brands, universities, cultural institutions, and other public and private entities. We promote the YesMilano brand around the world to attract new visitors, new talents and new businesses to the city.