Nowadays, there isn’t really a ‘new Italian cuisine’ with a specific identity that’s recognisable to all. There is more than one style, with more than one head chef.

Gualtiero Marchesi was the forerunner of this ‘new cuisine’ with the publication of his book ‘La mia nuova grande cucina italiana’ (My great new Italian cuisine), upon his return from France in 1980 where he had gleaned the secrets of nouvelle cuisine.

Here are some video recipes of traditional dishes re-created by contemporary master chefs.

Gualtiero Marchesi, the founder of the ‘new Italian cuisine’

The story of Gualtiero Marchesi, unanimously considered the founder of the ‘new Italian cuisine’ and, in the opinion of many, the best-known Italian chef in the world, began in Milan where he was born in 1930. In 1986 he was the first Italian chef to receive 3 Michelin stars, the ultimate culinary accolade, which were subsequently reduced to 2 in 1997.

In June 2008, however, in a controversy with the Michelin system, Marchesi also became the first chef ever to famously denounce the award. He was critical of the stressful burden placed upon the chefs and he lashed out at the French guide explaining that he no longer wanted points for his new restaurant, ‘Il Marchesino’ at La Scala, only reviews and ratings.

Alongside the Marchesi Fondazione, set up to promote the arts through taste, he established the Accademia Marchesi, ‘a place for study, training and experimentation - he claimed proudly - where he could teach young cooks and promote the principles of healthy eating’.

As a true innovator he was also the mentor for today's most talented 'chefs' (a definition that Marchesi did not like, preferring to called a 'cook'): many of the contemporary kitchen celebs have passed through his doors - Enrico Crippa, Andrea Berton, Carlo Cracco, Davide Oldani, Ernst Knam and Pietro Leemann to name a few.

Find out more about the story of the founder of the new Italian cuisine by checking out the video interview on Raiplay.

Here are some video recipes of traditional dishes revamped by the Italian master chefs.

Ingredients and step-by-step guide of the dish created in 1981 by the godfather of modern Italian cuisine who made it famous all over the world: saffron risotto with edible gold leaves which, in addition to being extremely tasty, also claims to have healing powers.

The video recipe of delicious Saffron Risotto, Carlo Cracco’s signature dish served up in his restaurant in the Galleria Vittorio Emanuele in Milan.

Claudio Sadler, one of the top starred chefs in Lombardy, reveals all the tricks of the flavoursome Milanese cutlet - a dish that suits all palates and all ages - and guides us through this video recipe.

With the basic ingredients of traditional cuisine, Davide Oldani lends his creative genius to invent both sweet and savoury dishes. Let’s take a look here at the video of his signature recipe that toasts the rice without the use of onion and doesn’t even cook the saffron together with the rice! Interestingly, Oldani opts to infuse the spice before adding it to the other ingredients for a lighter, smoother result. 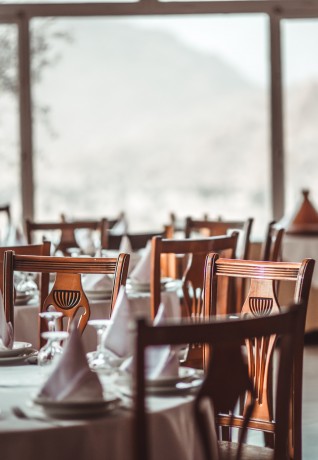