A stroll along '900 architectures in the Parco Sempione area

The architectural area around the Parco Sempione is all about the nineteenth century - from the Napoleonic period to the placement of the “piano Beruto”, the first Milan city masterplan - this fresh garden in the city centreis a prosperous resource of twentieth-century architecture. single perspective line formed by the Sforza Castle and the Arco della Pace with the delicate lateral gardens.

The two most imposing monuments are  of course  the Palazzo dell’Arte by Giovanni Muzio, also known as Triennale, and the Branca Tower by Gio Ponti. Both monuments were built at the beginning of the 30s and represent two of the finest examples of rationalist architecture. Walking a few meters towards Piazza Cadorna, you will find the Casa al Parco by Ignazio Gardella. It is located just in front of the Parco Sempione and it was built between 1947 and 1950, a true postwar jewel.
On the other side of the Sforza Castle there is the Civic Aquarium - one of the most ancient in Europe, placed in a little decò-style building designed by Locati in 1906, during the international exhibition in Milan - and only a few steps out of the park, towards Brera, there is the Piccolo Teatro Strehler, designed by Zanuso and Crescini at the end of the 70s and built at the end of the century.

Worth a visit a couple of other buildings, hidden in the heart of the park: The Parco Sempione library, designed by Ico Parisi in the 50s, and two other monuments: the “Accumulazione musicale e seduta” by Arman realized in 1973 - a semi-circular area where the artist submerged chairs and instruments in concrete - creating an amphitheater - and the “Teatro Continuo” by Burri, recently rebuilt.

Palazzo dell'Arte, designed in the 1930s by the architect Giovanni Muzio, is a modular building expressly designed to host large cultural events in 12.000 square meters between exhibition areas and visiting spaces.

This building became the headquarters of the Triennale exhibition in Milan following the donation of the Bernocchi family in 1930.

Projected in the 1930s by Gio Ponti, palced in the meadow of Parco Sempione, the Tower is considered a piece of art in which modern architecture and new technology meet.

It was erected in only two and a half months in 1933, on the occasion of the 5th Triennale exhibition; while in 1972 it was condemned. Later, it was completely restored by the Branca Brothers, whose name is now given to the building.

The Architect Gardella designed this building in 1947 for the Milanese upper class. It was imagined to allocate the upper class. With seven floors - five external and two basements, the building hosts hosts flats with views on the Parco Sempione and piazza Castello. The whole structure replaced the ancient Villa Marsagia, in a silent and private corner of Milan.

This building was inaugurated in 1906. Today, after many renovations, it resists in its early structure. The liberty-style palace hosts more than a hundred marine species, most of them of freshwater with some exceptions from Mediterranean Sea.

This fascinating structure, example of Art Nouveau, is hidden in the heart of Parco Sempione
between a tower by Filarete and the church of Santa Maria delle Grazie. This is the third oldest
aquarium in Europe.

Piccolo Teatro of Milan was inaugurated in 1947 with a premiere by Maxim Gor'kij. The curious audience filled up the historic location, Teatro Grassi - the first Italian stable theatre. Giorgio Strehler, Paolo Grassi and Nina Venchi, the three founders, wanted to create a national theatre with the aim of producing new shows and plays but also to be the home of many famous and actors and comedians travelling abroad. With these objectives the Piccolo Theatre became a cultural pole on a European level, gaining the title of “Teatro d’Europa” (“Theatre of Europe”).

The architectural project was realized by Muzio, who created a building with an
industrial structure and feeling - meaning that a theatre can produce tangible culture, not just to be enjoyed from a theatre chair.

.
Today the season of Piccolo Teatro is split among three different locations: Teatro Grassi,
located in a fascinating neoclassical yard, Teatro Studio Melato, with a wooden semi-circular
arena, and finally Theatro Strehler, the primary location which was inaugurated in 1998 and is
one of the biggest theatres in Italy up to this day with its 987 seats.

Sergio Escobar is the current executive director of the Piccolo Teatro. There have been countless productions during the years, but if the season : includes shows like:
“Arlecchino servitore” (The Servant Of Two Masters), “L’opera da tre soldi” (The Threepenny Opera), “Re Lear (King Lear) ” and Il Giardino dei Ciliegi” (The Cherry Orchard), it is
impossible not to go and watch these plays which have written the history of theatre.

It is located in the heart of Parco Sempione and it presents a wavy, nice roof more similar to a hat than to a roof. The building attracts passers-by and it captures those who try to study. Try - yes - becauseit is easy to be distracted and stay speechless in front of the beauty of this building and the garden all around. The facility was designed by Ico Parisi on the 50’s in occasion of the tenth Triennale.

Inside the building there are some notable sculptures: “Lettrice” by Francesco Somaini, an abstract composition by Bruno Munari made of marble and concrete, the tarsio by Mauro Reggiani and a bas-relief by Umberto Milani which were all created on the occasion of past “Triennale” exhibitions.

In the Parco Sempione, among green hedges and high trees, it is possible to find a work by Armin realized in 1973 on the occasion of the XV Triennale of Milan.

It is an orchestra stage with a cavea made by stones, a concrete casting which decorates an arena made by big steps with prints of musical instruments. The municipality of Milan decided to buy this work after its exhibition and decided to keep it in the Parco as a surprise during relaxing walks along the green lung of the city. 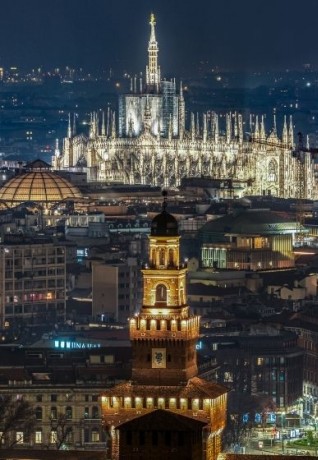 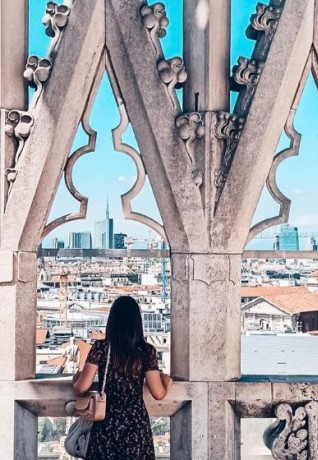 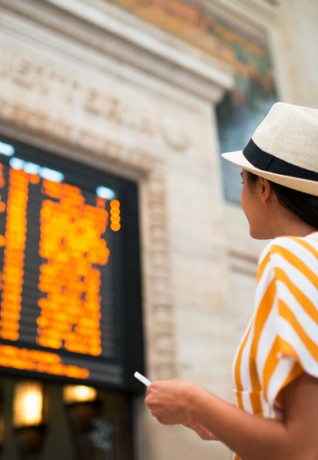 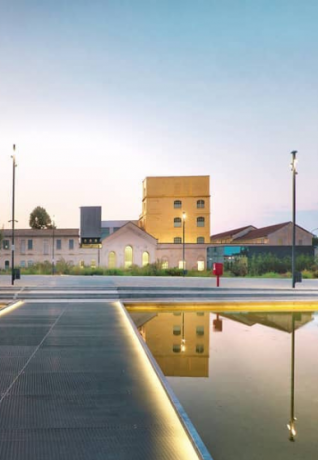 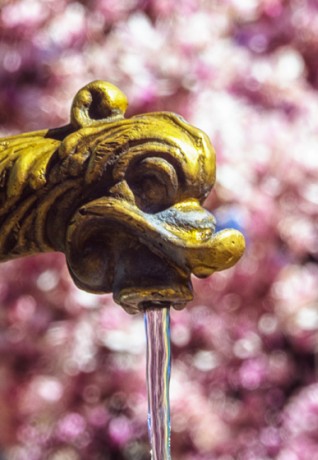 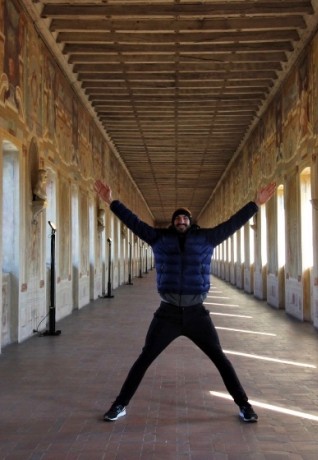 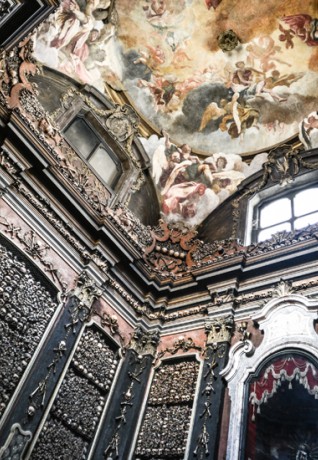 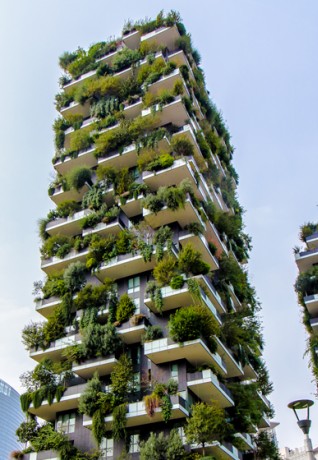