10 REASONS TO STUDY IN MILANO

We selected 10 reasons to prove you why becoming one of the  > 200,000 students in Milano is going to be an amazing experience:

Milanese universities are at the top of international rankings. Bocconi, Politecnico, Statale, Cattolica, Bicocca, Brera are institutions of higher learning that attract hundreds of international students each year. Bocconi is for business and economics, Politecnico is for architecture and engineering, Brera is for arts and artists. Statale and Cattolica offer a full range of university programs in the social and natural sciences. Over the last two decades, Bicocca has also emerged as an academic powerhouse.

2. A CITY OF CULTURE

When people around the world think of Milano, fashion shopping usually comes to mind. But Milano is also a city of art, hosting veritable treasures of human civilization such as the Duomo and Leonardo's Last Supper, and beautiful museums and private collections featuring masterpieces from the Renaissance to the modern era.

In 2017 UNESCO named Milano Creative City for Literature: nearly all of the Italian publishing is concentrated here. In fact, the Milanese love to read books: there are 26 public municipal libraries where you can research, study for your exams, read the newspapers, and borrow essays and novels.

3. A CITY OF INNOVATION

Milano has always been the business capital of Italy, the city where finance and entrepreneurship transform fresh ideas into market innovations. Milano is a great incubator for start-ups, thanks to the graduates of its excellent business schools. As for the sectors where innovation is taking place, the Fintech industry is taking off in the city right now.

Milano is a metropolis but also a clean, compact and well-organized city, with plenty of cultural and leisure opportunities. Milanese get busy when it's time to have fun, too. Enjoy the warm social life of the city every day of the week. Live Milano at its best and dive into the cool vibe of the city, from the centre to the periphery.

Tired of Milanese food? Don’t worry, the city tempts you with a huge variety of Italian regional and world tastes.

And if the 20 Michelin starred restaurants are not for everybody's pockets, try Milano's local markets (each neighborhood has one on a giveN day of the week) for fresh produce and tasty treats, while street food stalls, kebab shops and pizzerias will keep you from starving!

Milano Public Transit (ATM) is efficient, well connected and affordable. Four metro lines and a fleet of trams, trolleybuses and new-generation buses will move you around for less than 25 euros per month (for under 27 students).
With your ATM pass, you can cross the city on any means of public transportation, including the urban portion of suburban railways: you can even enable it for using the BikeMi bike-sharing service!

(Tip: don't miss a ride on the many 1930's cars still fully operating on some lines!)

Milano has become a green city where sustainability is a priority. Private cars are so yesteryear: the Milanese now prefer to move on foot, bike or scooter. Did you know that Milano is among the best in the world for bike-sharing, as well as car and electric scooter sharing?

High-speed trains take you from Milano to Rome in less than three hours, and it takes just 1h40m to reach Florence or Venice by Frecciarossa.

Milano is the Italian city with the highest number of foreign consulates in the world, reflecting its long tradition of openness and inclusion. Milano is European, multicultural, cosmopolitan: a metropolis built around equal opportunities and personal growth for motivated people of all ages and ethnicities who are committed to contribute to the urban community.

The Milanese might be always rushing onto the next thing to do or see, but they will be glad to answer your questions in English. Unlike the rest of Italy, you can survive here without speaking Italian: but if you want to give your basic Italian a try, people will be helpful.

Notwithstanding the many good food temptations, people in Milano care a lot about health, fitness and quality of life. The great number of public and private sports facilities testify Milano's love affair with sports, amateur and professional. There is no dearth of opportunities for all sports you can think of. And we love to jog and cycle.

Outdoor sports are also practised in the city centre thanks to the over 14.5 million square meters of public green, with Parco Sempione, behind the majestic Sforza Castle which is walking distance from Duomo, and Giardini di Porta Venezia (City Gardens, M1 Palestro) being the most popular.

Milano pushes you to study and work hard, but then there's fun, too. The city unwinds when the happy hour of the aperitivo strikes, i.e. when offices close, normally around 6/7 pm.  Then you're off to go for what the Milanese life has to offer: vernissages, debates, pop concerts, DJ sets, theatre plays, classical and jazz music. And when the weather gets mild, free live concerts take place almost daily in the city's piazzas.

10. A CITY TO KICKSTART YOUR CAREER

Milano is a financial and commercial capital where an expanding colony of ex-pats has decided to settle to pursue their professional careers. This is because Milano is a very dynamic and international city but, at the same time, is also the epitome of the Italian lifestyle revolving around taste, comfort and sociability, which is envied around the world.

Proximity and synergy of universities and industries give international students the opportunity to kickstart their job careers in Milano, also seizing on the tax benefits and fiscal allowances available to young workers and start-uppers. 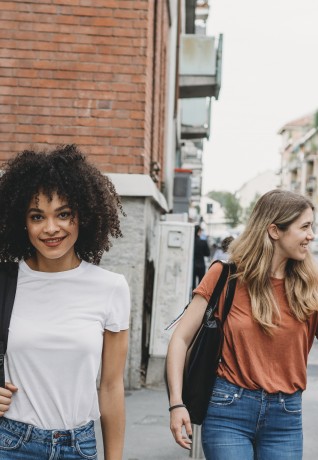 YESMILANO
/
A WOrld Of Advantages. Get Your Card Now!