Music, Plays and Dance in the Sforza Castle Courtyard

A bunch of our International Students are spending their Summer in Milano: why don't invite them to the marvellous Estate Sforzesca, the music, theatre and dance program taking place during the whole summer inside of the Sforza Castle? A VIP pass in exchange of their account, is a nice deal, isn't it?

Electronic Music at Sunset with Anastasia

"I spent a gorgeous couple of hours at sunset, with Davide Dileo aka "Boosta" on July,17th. I could relax and get in touch with the new Electronic Music.

Contemporary Dance at the Castle with Reehanul

"The evocative and breath-taking performance "What is life?", took place on Saturday July 18th at 21:30 pm at the Estate Sforzesca in Milano, as part of the Summer festival. The one and half hour performance at the Cortile delle armi [Courtyard of the Arms] was provided by the OrmarsPeople company and it questions the deep meaning of life, exploring expressions of every human's path: obsession, passion and spirituality.

Stepping into the Castello, you're greeted by the inner courtyard, lit in all its splendour. You're left with an atmosphere that's reminiscent of an era before masks and hand sanitizers. People are conscious yet courteous; as you take your seat among the crowd, the ambience turns electric with excited chatter in expectation of the performers.

Ormars lab opened the first dance to the sound of tribal drums, uninterrupted gestures and rituals depicting the spirituality of the self and collective participation in the religious dimension. The second and third acts begin seamlessly and you're immediately transfixed by the synthesis of the music, coupled with the spinning, balletic movement of the bodies across the floor. The style of the dancer's costumes was certainly noteworthy, owing to its versatility and variation from loose white robes to earthy-toned street-wear. The solo act "Black queen of the moon" by Catherine Zuaznabar [of Bejart Ballet renown] was especially mesmerizing and certainly stood out as relief from the quick-tempo of the other performances. Before the curtains closed in on the final act, you find yourself falling in love with the passion and the dedication to craft, put on display by the Ormars lab, who had gifted their act as an ode to their beloved Milano to celebrate the re-kindling of active life in the city.

It was strikingly collective and choral, rousing a well-deserved ovation towards the end, from the crowd and myself. This event went on to illustrate that with proper security measures and a responsible stance on the part of the citizens, Milano can now truly step in the right direction toward normality".

Xie Jun, the Joy of Live Music with a Famous Popstar

"On the evening of July 23, I came to Castello in Milano to participate to a live concert at the 2020 Estate Sforzesca.

After the Covid-19 happening, musicians returned to the stage where live music fans enjoy music and sing with the singer, awakening everyone's inner enthusiasm and hope.

Although the epidemic is not over, we are all taking protective measures. On this premise, I say: people in Milano, enjoy the current life!".

Get a streamlined, detailed description of the steps and requirements to complete the immigration process: please download the booklet we prepared for our international students! 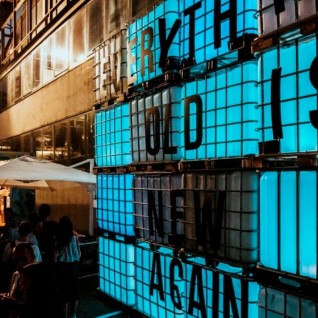