Milano at a glance 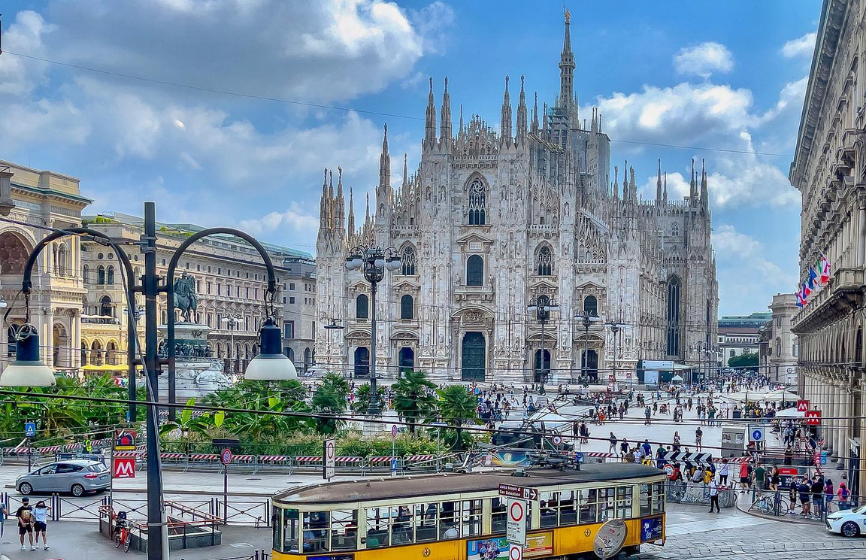 Milano is the business capital of Italy.

At the center of waterways and trade routes since medieval times, Milano has been one of the engines of the European economy since the 1950s, with its trade fair organization, Fiera Milano, becoming a dominant player in the European business events industry with all sorts of industry exhibits and professional conventions.

Milano leads Italy’s economy, accounting for 10% of the national GDP.

It is an affluent city with a GDP per capita of nearly €50,000. Its population of about 1.5 million swells to 3 million during weekday hours.

Milano is also your ideal gateway to Italy and the city has become a major tourist destination in its own right, because it combines art, fashion, shopping, design. Milano has three international airports (Linate, Malpensa, Orio al Serio), three major railway stations (Centrale, Garibaldi, Cadorna), and sits at the intersection of two major highway corridors crisscrossing the EU north-south and east-west, while Paris, Zurich, Frankfurt and Munich all in easy reach by car and fast train.

Milano is the city of style and luxury, where business and leisure, sports and culture can be reconciled as in no other city around the globe.

From Scala to Brera, from Duomo to San Siro, Milano has everything that art, food and entertainment can offer to stimulate the senses and the mind.

Milano is home to over 390,000 firms and over 5,000 international companies, the latter employing over half a million people. It has a large financial industry (11,000 banks and funds: the Italian stock exchange is here) and a blossoming fintech sector (200 startups, out of a city total of 2,500 in all industries).

The city is #2 in European rankings for having the fastest growing new firms.

International capital is investing in the urban regeneration of the city’s formerly industrial neighborhoods of Bovisa, Lambrate, Corvetto, also with a view to the 2026 Winter Olympic Games (Scalo Romana, currently the city’s largest real estate project, near the Prada Art Foundation).

Another development driver is the city’s knowledge economy, thanks to its four international universities (Bocconi, Bicocca, Cattolica, Politecnico), 190,000 university students (12,000 from abroad), 29,000 STEM graduates a year, 350,000 people employed in the life sciences, and the biotech pole being built in the area of the city that was devoted to the World Expo of 2015.

In fact, since the 2010s the city has completely changed skyline, with the new Porta Nuova and Tre Torri districts vying for architectural beauty.

The green slant of the current administration makes the city increasingly pedestrian- and cyclist- friendly (300km of bicycle lanes), while a very efficient public transportation system based on four (soon five) subway lines, historic and modern trams, electric buses, and bike, car, and scooter sharing makes it easy and convenient to traverse the city (most destinations are reachable in less than 30m as Milano is compact).

Consider Milano as the destination for your international event or congress: the YesMilano Convention Bureau provides customized assistance to all professional buyers and prospective event organizers.

Milano, the city where business and leisure merge one into the other.