The legacy of Leonardo

The monument in Piazza della Scala

With his long hair, unfashionable for the day, his thick beard and proud, thoughtful expression, Leonardo the icon transcends history. Some are even convinced that he was the model for the philosopher Plato in the Scuola di Atene by Raphael, the preparatory drawing of which is at the Pinacoteca Ambrosiana. Centuries later, he is portrayed as contemplative in the statue in front of the Scala Theatre. One hand on his beard and arms folded across his chest, he appears to be deep in thought with an expression that he might have worn as he walked the streets of Milano, in the Sforza court, on the Navigli, at the Church of Santa Maria delle Grazie, and in his own vineyard.

This statue was conceived decades before its presentation: started when Milano was ruled by Austria, and finished shortly after the liberated city had just opened the square in front of La Scala Theatre. The façades of Palazzo Marino, the City Hall, were being renewed. The year was 1872, and the placing of this statue shows how Leonardo da Vinci's fame endured and survived the passage of time.

It took thirteen years to make and, in the meantime, the monument became crowded. Four statues of his students were erected at his feet, and four marble bas-relief sculptures were also added. Four artistic snapshots of four great interpretations of Leonardo in Milano: a painter at the Cenacolo, a sculptor for the giant equestrian statue commemorating Francesco Sforza, an architect for the castle fortifications and an engineer for the navigation of the canals.

At a short distance from Piazza della Scala, in that quiet corner of the city that Leonardo had identified as the centre of Milano, in front of the Biblioteca Ambrosiana, renowned architect and designer Daniel Libeskind has created a different kind of tribute to him, based on a few drawings from the Codex Atlanticus. It is called Leonardo Icon. In this contemporary icon, the long hair and beard have disappeared, but the abstraction of thought remains: oblique metal lines of the statue are inspired by Leonardo's studies about the earth's curvature and his theories about shadows.

The base bears a reproduction of the map that Leonardo used to measure the city precisely 500 years ago.

For many years, Leonardo imagined and designed Milano, his city. Today, like yesterday, Milano remembers and portrays Leonardo. 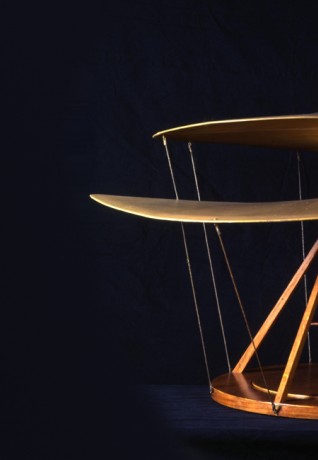 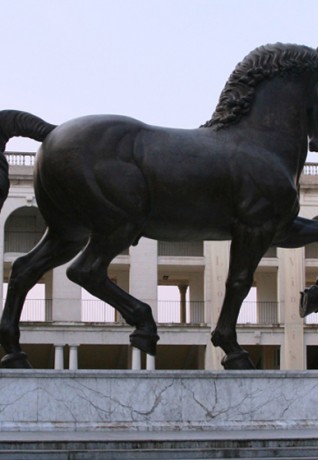 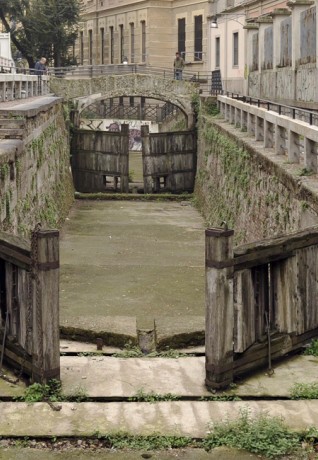 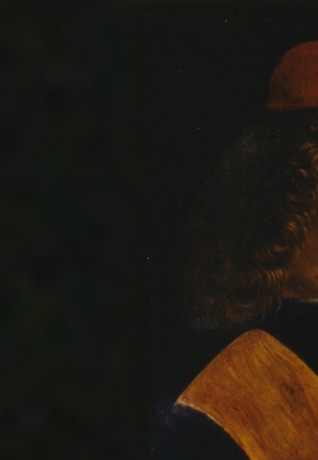 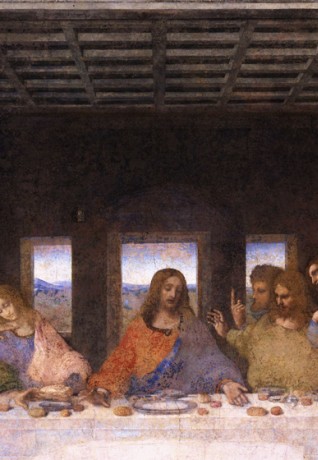 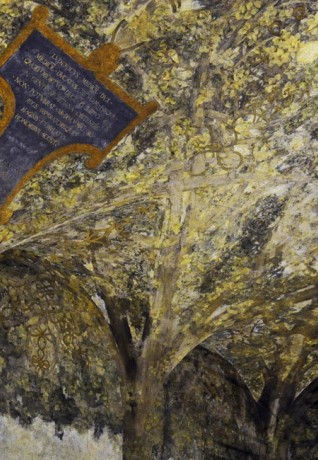