From the piazzas to the roof-top terraces

Discover virtual tours of the city thanks to Milano 360° images: if you have not visited Milano yet, or if you have, and loved it so much that you would like to linger in its beauty all over again; or finally, if you just want to get to know the city better as you wait to book your trip.  Enjoy the wonderful sensation of being right up close to the city's most beautiful spots.

This is where you can admire Milano’s Duomo, the city’s majestic cathedral. If you wish to know more about the Duomo click here. If you want to check out our tips on 10 great things to see during your visit, click here.

Cast your gaze around the city's most popular piazza to admire the Duomo when it is stunningly gilded by the morning light and then feast your eyes on majestic Palazzo Reale, on Museo del Novecento and on Galleria VIttorio Emanuele II.

Now step into the cathedral, pause a moment, then gaze in wonder at the images of this virtual tour; focusing on the 52 columns that lead up to the majestic altar.

Not to be missed: view from the pulpit

This view is breath-taking, as it is offered from the raised pulpit positioned high up on the massive columns around the altar. This is where Milano’s Archbishop and priests read the Holy Scriptures and preach.

Here are two views of the transepts on the sides of the altar.

In the north transept (left) you can admire the elaborate Trivulzio candle holder - an impressive bronze work that stands five metres high and four metres in width - housed within the Duomo since 1562.

In the south transept (right)  take a look at the Chapel of San Giovanni Bono.

Interesting fact: there were once two doors in the transepts, which no longer exist today. At the end of the 1500s the Archbishop of the city, St. Carlo Borromeo, ordered the entranceways to be closed as the transept itself had become a shortcut for hundreds of people and vehicles who wanted to avoid walking around the perimeter of the great cathedral.

The comings and goings had become bothersome enough to disturb mass celebrations and prayers, so San Carlo ordered that the doors be bricked up, hence restoring peace to the hallowed interior.

Let us virtually descend the stairs from the back choir to find ourselves beneath the altar and the rear ambulatory to find the crypt. It is this church that is used for daily masses during the winter season, thanks to the milder temperature compared to the high naves above

Eight supporting red marble columns surround the central altar, which is adorned with a dense stucco and fresco decoration.

The Duomo is the largest Gothic building in the world where visitors can actually walk on the rooftops. One of the unmissable experiences we recommend for your visit is to climb up to the terraces, from which you can enjoy a stunning vista of the city and of the surrounding mountain peaks.

It is one of the 10 places from which to admire Milano from above.

Here you can find four different views from the terraces.

On the side of the Cathedral have a look at the Museo del Duomo in the Palazzo Reale rooms. In the museum you can admire the original sculptures up close and note the marbles’ delicate hues and the intricacies of these unique works of art, replicas of those placed at dizzying heights on the Cathedral's external facade.

Below you will find a virtual tour of three rooms: the models on display in the Galleria di Camposanto, the impressive Sala Viscontea and the ornate Sala delle Vetrate. 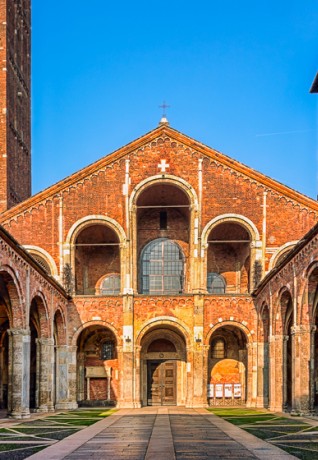 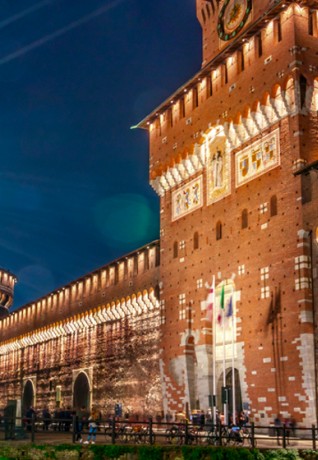 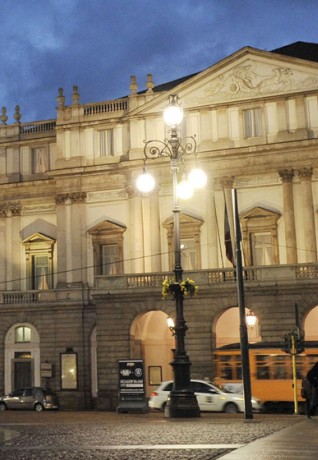