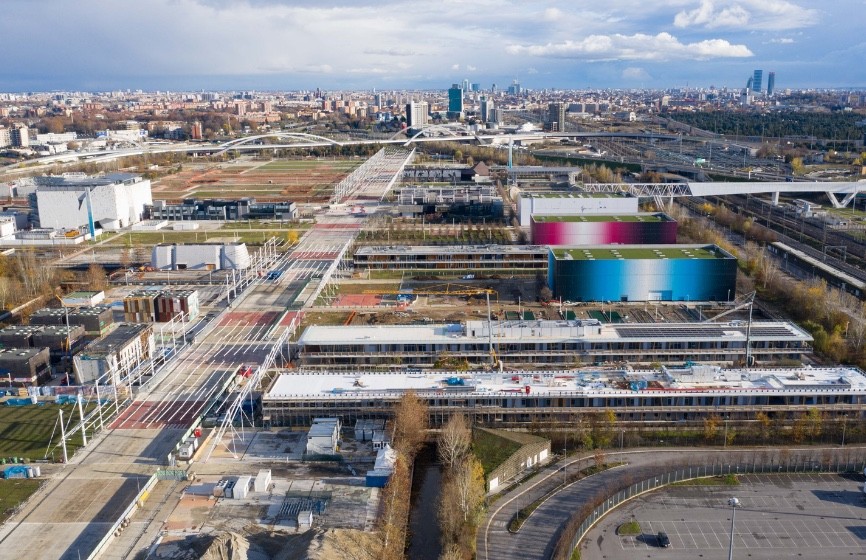 Where EXPO once was, there is MIND. The Milano Innovation District is also a whole new neighborhood pointing to the future. The future of pharma and biotech, with university campuses, hospitals, corporate labs and medical startups. MIND is still expanding, but when construction is finished few years from now, it will be a huge public area devoted to research, education, and health functions and will have the population of a mid-sized municipality.

15 kilometers north-west of Duomo, at the junction of all main highway corridors connecting Milano to the rest of Italy and Europe, MIND – Milan Innovation District is the largest public-private urban regeneration project in Italy, being constructed in the area where the Expo stood in 2015, with the Decumano Alley and the pavilions representing countries from around the world that have been reconverted to new uses: Palazzo Italian is now the Human Technopole, a hub of biotech research that is already home to more that one thousand biologists from all over the world.

The private part of this one-million square meter area is being developed by real estate giant Lendlease for commercial activities and middle-class housing. The MIND Village, 15,000 thousand square meters, is the first concept of what the neighborhood will be. AstraZeneca, Illumina, Rold and Bio4Dreams all have their headquarters in the old "service slats" of Expo. On the other side of the long Decumano, there will be a coworking spaces, which will house the headquarters of SkyDeck, the start-up accelerator of the University of Berkeley, and Federated Innovation, a network of 37 companies that will put their best minds at work in this early microcosm of MIND’s city of innovation and research.

as major attractors: when fully operational, MIND will be traversed by 60,000-70,000 people a day studying, working, and living there.

MIND will be fully pedestrianized: cars will be left in one of the 10,000 parking lots at the entrance of the urban community and people will move around on bikes, scooters, e-mopeds, and electric shuttles