The sense of 6 female architects designing for Milano

We selected 6 key figures of female professionals active in the architecture and design environment both at a national and international level, who in the last decades with their talent and their dedication gave Milano a crucial contribution to urban transformation, to the livability of spaces and to the quality of people’s everyday life.

In each of the projects of these professionals at a national and international level it is possible to detect a common thread: a combination of talent and dedication guiding the work, projects and shapes that get softer and more curved and an open and transparent vision of a city, “capable of providing a significant contribution to the progress of mankind and of the constructed environment“(which is the aim of the prize created by Jay A. Pritzker and his wife Cindy in 1979).

Our “tour” on the footsteps of great female designers - architects and of the places that the city dedicated to them, starts with 5 key figures of post-war Milano rebuilding and innovating itself, two pioneers and forerunners of female architecture, in a then predominantly male world, yet seeing the number of girls architecture students overcome the number of boys today: Cini Boeri and Gae Aulenti.

Cini Boeri, from Giò Ponti and Zanuso to Compasso d'Oro

Cini – the nickname already is tipically milanese – was born and studied in Milano. She recently passed away, on the very day of the Compasso d'Oro Awards 2020.

She arrived at the Giò Ponti design studio at a very young age, and there, under his guidance, she started “learning to dream”, then she moved to the Zanuso studio, where she “learned to work” and ended up creating her own studio in 1963.

Many were her architecture and design projects; in 1979 she won the Compasso d’Oro (Golden Compass) prize for her Strips couch designed in 1968 for Arflex and on display at the Triennale di Milano permanent collection, at the Moma in NY and in other museums around the world.

She subverted the world of furniture with a series of seating solutions easy to produce and sell, a modular and totally couch, followed by the experiment of the Serpentone (Big Snake), the foam based coach to be sold by the meter.

What always interested her was to create something laudable which could change the world, that is people’s lives, for the better, whether it was the house they lived in or a project they were using; something useful, possibly with a social meaning, with responsibility, but also with joy

Gae Aulenti, her Piazza Cadorna and the millennium square carrying her name

First stop in our itinerary on Gae Aulenti is Piazzale Cadorna in front of the train station, near the Castello Sforzesco.

During the 90s’ it already was a crossroad of 2 underground lines, trams, buses and train lines and she was assigned the enormous task of modernizing it; her international look transformed it in a colorful hub with wide sidewalks, red columns, green panels and glass roofs, and already back then, “it didn’t look like you were in Milano at all”.

It was Gae who wanted to include the fountains and the imposing, innovative sculpture of the Ago, Filo e nodo (Thread, Needle And Knot), apparently divided into two parts (a train entering an underground gallery), yet rich in symbols paying tribute to Milano.

The two parts actually ideally reunite in the underground, reminding the metro as a symbol of a city running fast: the red-green-yellow thread, has indeed the same colors that indicate the three underground lines existing in Milan at the time.

And the thread and needle recall the working spirit of the Milanese in the world of fashion, that has made the city famous worldwide.

But when you say “Gae Aulenti” in Milano, by now you think about the new millennium square, inaugurated and named after her in 2012, the year she died: the symbol of one of the most important European urban requalification projects in the Porta Nuova district, between the Garibaldi Station and Isola, where the square is rediscovered as a meeting point for the Milanese to socialize.

Inserted between the city skyline, a refuge softening the noise of the streets with the flowing of the fountains’ water, the over 6-meter gap and a long sculpted bench to stop by for a break.

Zaha Hadid, the first one to win the Pritzker Prize, the Nobel Prize of architecture

If Gae always distinguished herself since the 50s and 60s in affirming the arduous contribution of women in architecture thanks to her personality, her courage and the numerous projects and acknowledgments around the world by saying that she worked for herself, even though “there are many talented female architects, yet a vast majority prefers working with men”, we will have to wait until 2004 to see a woman being awarded the Nobel Prize for architecture, that is the Pritzker Prize, 25 years after its establishment in 1979. That woman is Zaha Hadid.

From Porta Nuova we move westwards, ideally flying over the Parco Sempione, directly above the former trade fair area now called CityLife, where lo Storto (the Twisted One), dominates the area and stands tall after the recent requalification works. A 44-floor tall tower with a dynamic twist that makes it look like it was made of some elastic material.

It is one of the interventions of this Anglo-Iranian architect (“I’m just an architect”, not a woman or a female architect, as she loved to define herself) who was awarded the Excellence in Concrete Construction Award 2019 in the High Rise Building category, assigned by the American Concrete Institute.

The shapes of the CityLife Residences are fluid and aerodynamic, as if they were carved by wind and water: also here Hadid’s style is easily recognizable, yet this time it is aimed at highlighting their horizontal movement, with the curved balconies covered in aluminum, glass and the horizontal staves in Canadian cedar wood.

After Zaha we will have to wait until 2020 to see the first duo of female architects with no male partner be awarded the Pritzker Prize: we are talking about the Irish duo Yvonne Farrell and Shelley McNamara, founders of the Grafton Studio in Dublin.

In Italy, except the Biennale Architettura 2018 they realized and inaugurated the monolithic building of Università Bocconi in via Roentgen (World Building of the Year) in 2008: a continuum between the city’s public space and the building, the sidewalk keeps going on the inside taking along the flooring of the city and opening itself in an unexpectedly wide space.

The exterior is in ceppo di grè, a local stone typically used to build many Milanese palaces

The new Bocconi campus by Kazuyo Sejima and Ryue Nishizawa

Università Bocconi has since become a true campus in the city inserted in the urban fabric of Milano in the Porta Lodovica area: historical headquarters and new spaces integrate themselves resulting in a lively neighborhood with an international flair thanks to the beating heart of university life and the many students from abroad.

Its evolution went on over the last years with the expansion of the area of the former Centrale del Latte (central dairy): by 2020 it should be concluded with the construction of the new campus designed by the two Japanese architects, also Pritzker award winners in 2010, Kazuyo Sejima and Ryue Nishizawa from SANAA studio. This studio won the international contest by invitation which saw in attendance such contestants as Rem Koolhaas, David Chipperfield, Thom Mayne, Massimiliano and Dorina Fuksas, Mario Cucinella, Cino Zucchi and many others.

The wish was to open the campus to the city, with arcades and cloisters reminding of the Milanese green courtyards related with one another and buildings with soft, curved shapes.

Here are the School of Management and the tower-residences for students, as well as structures accessible to the Milanese citizens: the 2000-square meter sports center with volleyball and basketball gym, a racing ring and the first indoor Olympic swimming pool in the city, as well as an underground parking and green spaces 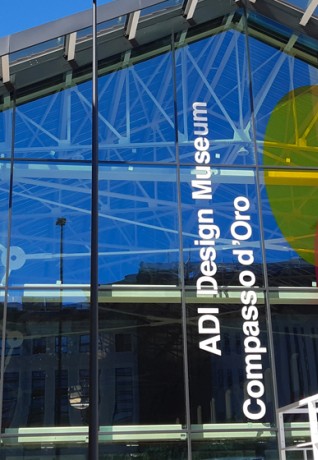 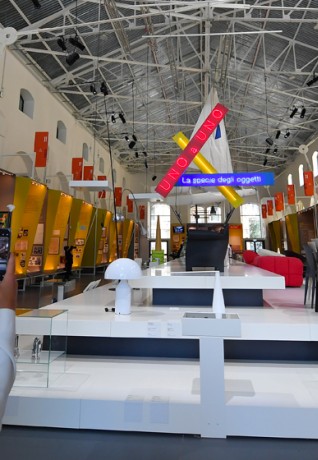 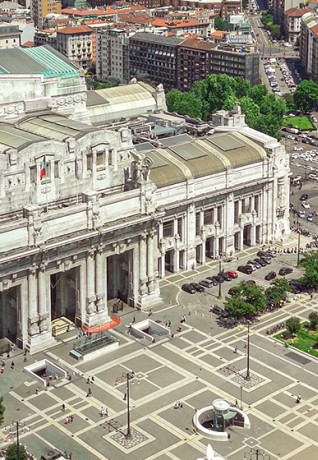